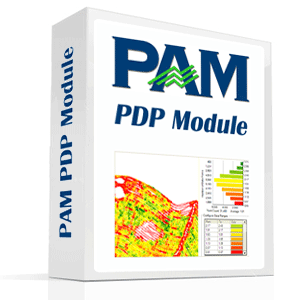 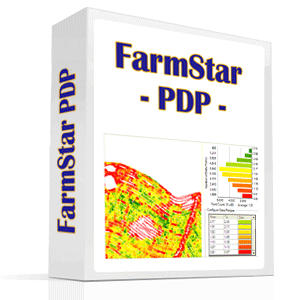 Precision Data Processor ("PDP") is the name used for the complete precision agriculture data processing module. This module can be plugged in to any PAM version.

PAM, together with the Mapping module and the Precision Data Processor module is the most complete and comprehensive Precision Farming software in the world.

FarmStar  is the name used for the standalone Farming Mapping system including the 'Live' mapping features  of gpMapper together with the PDP module. FarmStar is the product of choice of many soil scientists and agronomists in the business of assisting farmers with variable rate application decisions on their farms.

Fairport first produced FarmStar in 1997 after being involved in possibly Australia's first yield mapping exercise at a farm near Corrigin, Western Australia. In 1998 FarmStar was only one of 2 software packages producing yield maps globally and the only program producing interpolated images of spatially variable data.

During the late 1990's we worked closely with Australian based precision agriculture companies, such as Precision Farming Australia, Farmscan, Rinex and KEE to co-design and develop variable rate (and other) data exchange formats. We also worked closely with the Senwes team in South Africa under Dr. Fourie and then Christo Helm. These forward thinking people were pioneers of precision agriculture in South Africa, especially in the field of variable rate fertilizer application. Senwes were our South African software distributors for many years.

FarmStar was totally re-written during 2000 - 2001 and another rewrite commenced in 2006 ... which resulted in today's "PDP" module that is now capable of being plugged into any of our PAM software systems .. from PAM standalone systems to PAM Enterprise and PAM SaaS (Software as a Service).

With the new PDP system we introduced new methods of imaging spatially variable data, including "Kriging" and an extra fast (proprietory) method we call "Fairport Optimized"

One of the main benefits of PDP is it's ability to read data from the majority of today's precision farming on-board-devices and to also produce variable rate recipe files for them as well. Fairport has agreements (for cooperation in the exchanging of data) with many of the manufacturers of the on board devices used in today's equipment.

Below are some screen shots from PDP...

The PA N-requirement map generated in 2009 was for 94 hectares of macadamias at Moore Park, near Bundaberg in QLD. These UAV flights captured visible and infra-red images to develop a range of image processing techniques. Photo stitching and vegetation index calculations were used to highlight the presence of N. The best result for linking imagery with leaf-sample values was obtained using the canopy chlorophyll content index (CCCI). Statistical analyses performed across several varieties (Daddow, 842, 849, A203, A268) using Leaf-N tissue tests, handheld radiometer readings and image reflectance values, found strong significant correlations in the data collected. Post processing techniques were developed for pixel filtering, summarising and smoothing of the CCCI values so the results could be integrated with a variable rate fertiliser spreader. The final steps of image processing utilised the GIS mapping Precision Agriculture tools from Fairport called PAM Ultracrop with the Precision Data Processor module. The files created by PAM-PDP were used in a TopCon X20 console with a GPS driven Variable Rate Controller (VRC).
PA technology needs to be scalable and portable across large orchard areas in various locations to be commercially feasible. Solving this problem in 2010 was approached by (1) designing and constructing a UAV with greater capacities and (2) by trialling a new Satellite Imagery service released late in 2009 called WorldView2, providing new services with higher-resolution images (http://worldview2.digitalglobe.com/). In 2010 the project objectives were to: (a) Expand the 2009 procedures for a much larger area of 667 hectares of macadamias at Moore Park in QLD (b) Develop the VRC application and equipment technology for routine fertiliser applications (c) Repeat and check nitrogen tissue test statistical analyses with CCCI reflectance values across selected macadamia varieties.

The WorldView2 alternative provided higher resolution images than traditional satellite photos and pre-programmable image capture locations to within a few days of the requested time. The WorldView2 images are much lower resolution than UAV images however they provided enough detail for generating CCCI images for macadamia PA maps in 2010. The PA maps from WorldView2 were created with the UAV procedures developed in 2009. In 2010 the new UAV was successfully built and tested but delays in obtaining bug fixes from Canada for the auto-pilot navigation software prevented its use before the project cut off times for the flights.

The images created for the X20 VRC nutrition program used pixels summarised over areas of approximately 400 square metres (20mx20m). This allowed fertiliser applicator change rates manageable on a tractor travelling at 10 km per hour. In 2010 Liquid Amonium Nitrate fertiliser was used however HPP is looking at developing a VRC setup for granular fertiliser as well. In 2010 leaf-N tissue tests were taken from the varieties A203, 741, 816, Daddow and 849. Statistical analysis found significant correlations between the satellite imagery reflectance values and the Leaf-N tissue tests, with limited varietal differences. It was difficult to find significant differences in CCCI between varieties and this is an area likely to need UAV image resolution levels to assess effectively.

To develop this PA technology for macadamias and other agricultural crops further the following areas require attention:
(1) Assessing the impact of PA nutrition programs on the yield of macadamias and comparing it to traditional fixed rate N-fertiliser programs
(2) Assessing if PA improves the tree’s Leaf-N and Soil-N tests over time
(3) Improving the current VRC application technology’s implementation and extending it to granular fertiliser for N and other nutrient fertilisers
(4) Automate image processing steps in the farm based GIS mapping platform PAM-Ultracrop to reduce reliance on specialised GIS processing techniques and software
(5) Comparison of WorldView2 and UAV for PA in macadamias measuring the impact of different image resolutions with the different operational cost models

Developing a capacity to measure the impact of these new PA techniques on macadamia yield, Leaf-N and Soil-N is a challenge for the project. If new satellite imagery services like WorldView2 can be used by a farm based GIS mapping system like PAM Ultracrop for PA in macadamias, it simplifies a commercial grower’s access to the technology. UAV based image capture providing high resolution detail can develop the PA process for satellite imagery services to use on a broader scale on QLD and NSW. UAV’s may have a role in developing and calibrating the satellite imagery processes, and also in measuring the quality of the service and supporting specialised applications where extra detail is needed.

This kind of PA technology can play a part in the macadamia industry if it can improve tree nutrition programs and improve the sustainability of farming with reduced excess fertiliser run-off and downstream environmental costs. In an Australian industry context with mechanised agriculture and extensive acreages in many locations, PA could provide a technology edge allowing it to compete with countries that have lower labour costs, land value and more favourable exchange rates for exporting agricultural products. 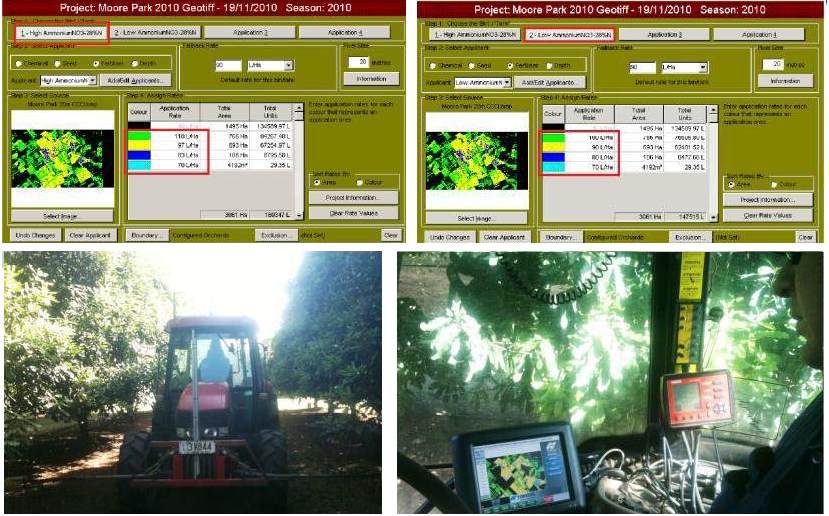 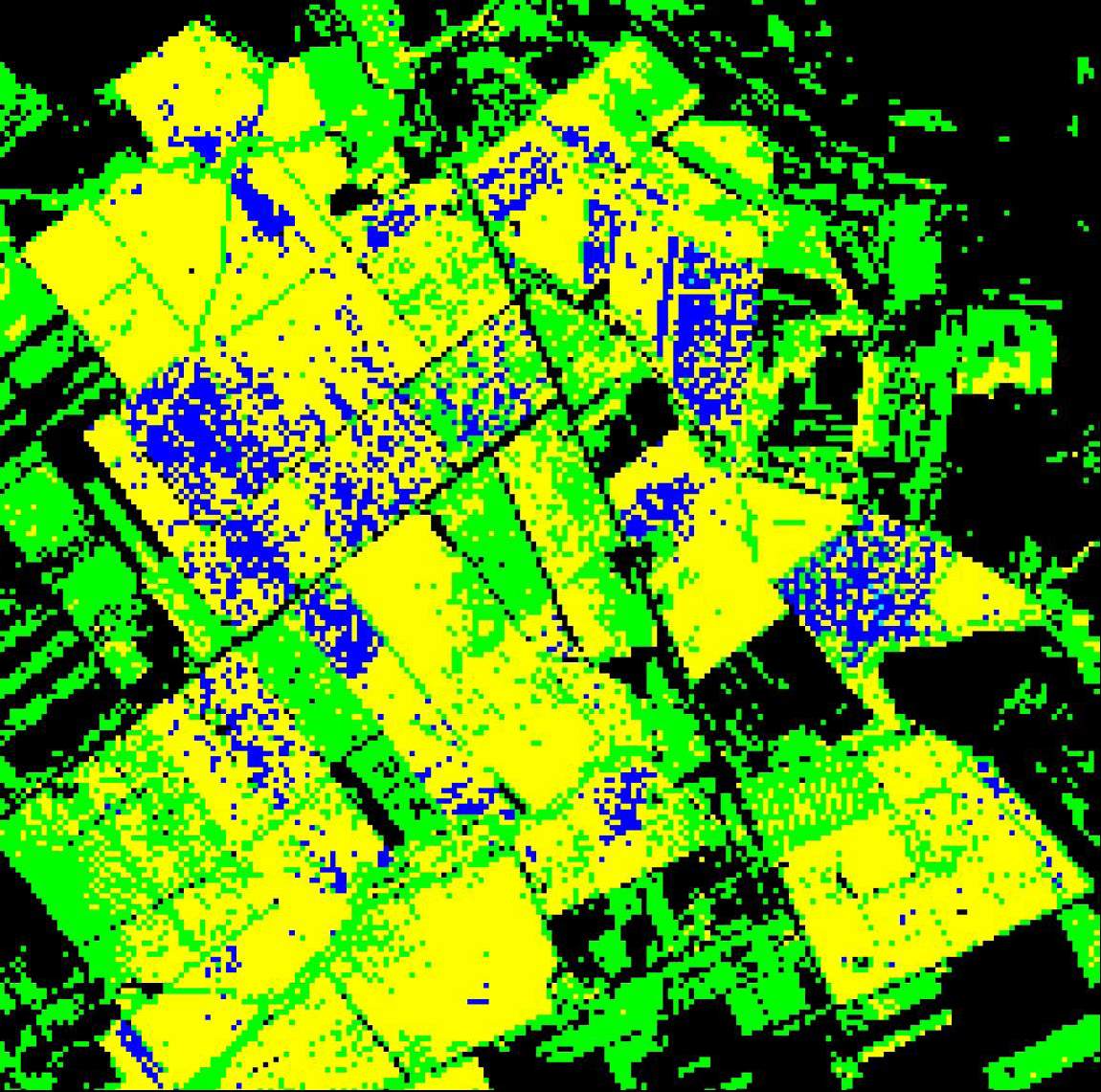